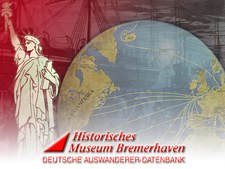 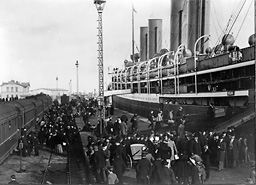 Much of the data in the German Emigrants Database was taken from the passenger manifests of the ships on which the emigrants traveled. These passenger lists had to be submitted to the American Immigration Authorities and contain information on the prospective emigrants and their journey. Additional information on emigrants has been found in other sources. The aim of the research project is to make statistical social evaluations of this data and present it scientifically.

The German Emigrants Database is constantly being added to, though it already contains data on 5 million emigrants. The current data stock covers the years 1820-1897, 1904 and 1907. Visitors to the Historisches Museum Bremerhaven can do their own research into emigrants at two terminals.