The full ship “BREMEN” was built as a whale catcher at the Rickmers shipyard in Bremerhaven and delivered in 1843 to the Südseefischerei-Compagnie in Bremen. However, the whaler made no profits and was used as a passenger and cargo ship from Bremerhaven to New York from 1847 and thus also served the transport of emigrants.

For the transport of emigrants, a 1.70 meter high intermediate deck was built into the hold. Up to five emigrants were accommodated in two wooden bunks on top of each other. The trip lasted around six weeks, but depending on the weather, it could easily double. 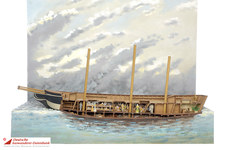 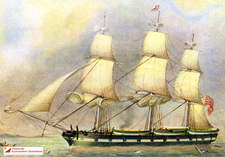