On April 22, 1924, the “COLUMBUS” was put into service as the new flagship of North German Lloyd. With a length of around 236 meters, she was the largest and, at 21.5 knots, the fastest ship in the German merchant fleet at the time. The “COLUMBUS” initially operated mainly between Bremerhaven and New York. Due to the falling number of emigrants, it was also increasingly used for cruises.

On the “COLUMBUS”, North German Lloyd had abolished the mass accommodation of emigrants on the intermediate deck with the large dormitories. Instead there was now a III. Class with sleeping cabins. There the emigrants had access to simple, functional built-in cabins for 2-4 people with washing facilities and electric lighting.

Model of the “COLUMBUS” 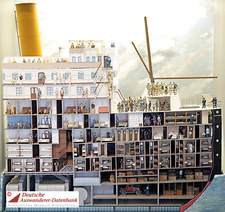 Cutaway model of the “COLUMBUS” with emigrant docks 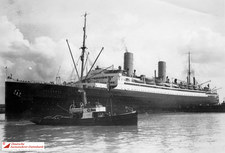 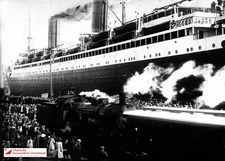